The Solution to Joan Lindsay's Novel Picnic at Hanging Rock? 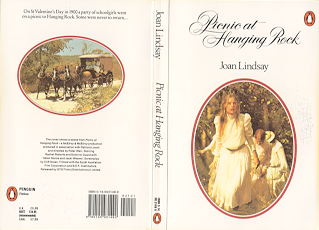 Many years ago when I was in high school I read the Australian fiction novel Picnic at Hanging Rock by Joan Lindsay. I remember that at the time I had absolutely no idea what happened to the missing schoolgirls and Miss McCraw.

In about 1989 I became aware of the existence of a book called The Secret of Hanging Rock that was published in 1987. It contained a chapter that was supposedly the final chapter of Picnic at Hanging Rock that revealed the mystery of what happened to the missing people, but was removed before the novel was originally published and hence few people knew of its existence.

In late 1997 I finally decided to track down a copy of The Secret of Hanging Rock and discovered that it was out of print. After a bit of searching I bought a copy from a second-hand bookshop and set myself a task. I promised myself that I wouldn't read "the secret" until I re-read the original novel and had a fair attempt at working out what happened to the missing people. So a week or two later, after some intense study, I thought I had worked it out. With great joy I opened up The Secret of Hanging Rock, pretty sure that I knew what was coming. Oh, how wrong I was! I was shocked at the solution it described. Hmmmm...!

I wrote the essay below on what I thought the solution was and published it on the Web in 1998. The couple of paragraphs that relate to Time Without Clocks were added in 2003:

Essay: The Solution to Picnic at Hanging Rock?

Click here for a PDF version of the essay

The Secret of Hanging Rock

The Secret of Hanging Rock was out of print for many years but as of 2016 it's back in print. Here is a summary of it's Chapter 18:

So what do I think of Chapter 18? I don't think it's a very good solution because it just raises a lot more questions and provides very few answers. In my opinion it seems inconsistent with the rest of the novel and has a different feel to it. A lot could be said...

Hanging Rock is located in the state of Victoria, Australia, 76km north of the Melbourne CBD.